“Just two german boys, living in a new world…” yada yada yada. But we weren’t about looking for love or whatever the point of this song is anyway. There was just a bag positioned in Bangkok and a lot to see on this side of the planet, we decided to settle on for a while. 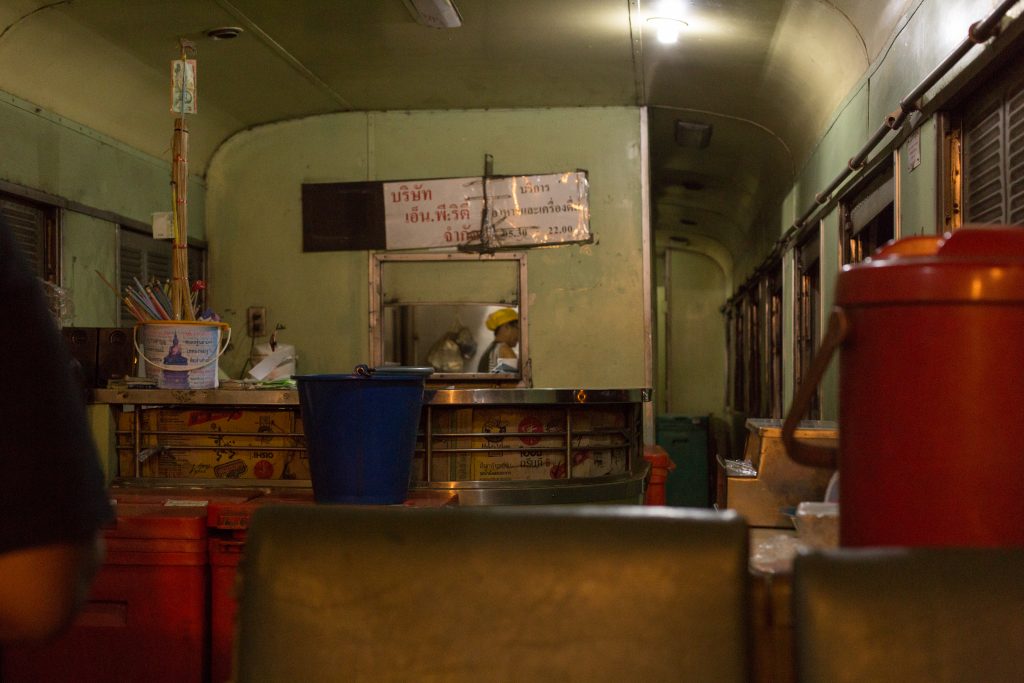 The dining car of the night train

Anyway, you get informations about ourselves and what we’ve done and seen from lots of other posts. Here are some historical backgrounds and facts about the railway line from Thanaleng to Bangkok (we took in the night from the 1.  to 2. of November).

The history of trains in Thailand reaches back in the year 1855 when Queen Victoria gave King Rama IV of Siam (Thailand) a model train as a gift. In 1894 Paknam Railway was opened as the first line of Thailand and even 31 years later in 1925 it was the first electric railway service of Southeast Asia. In 1919 it was decided to standardize on 1000mm gauge (narrow-gauge), like e.g. its common in Africa or Antarctica, meanwhile the significantly larger 1435mm gauge is more common in the rest of the world.

The first part of the railway crosses the Thai-Lao border on the Thai-Lao Friendship Bridge over the Mekong river. There is a daily shuttle service with two coaches since 2009, it is about 5km long and the only active railway line in Laos anyway. It leads to the train station of Nong Khai where you have to enter Thailand and switch trains. 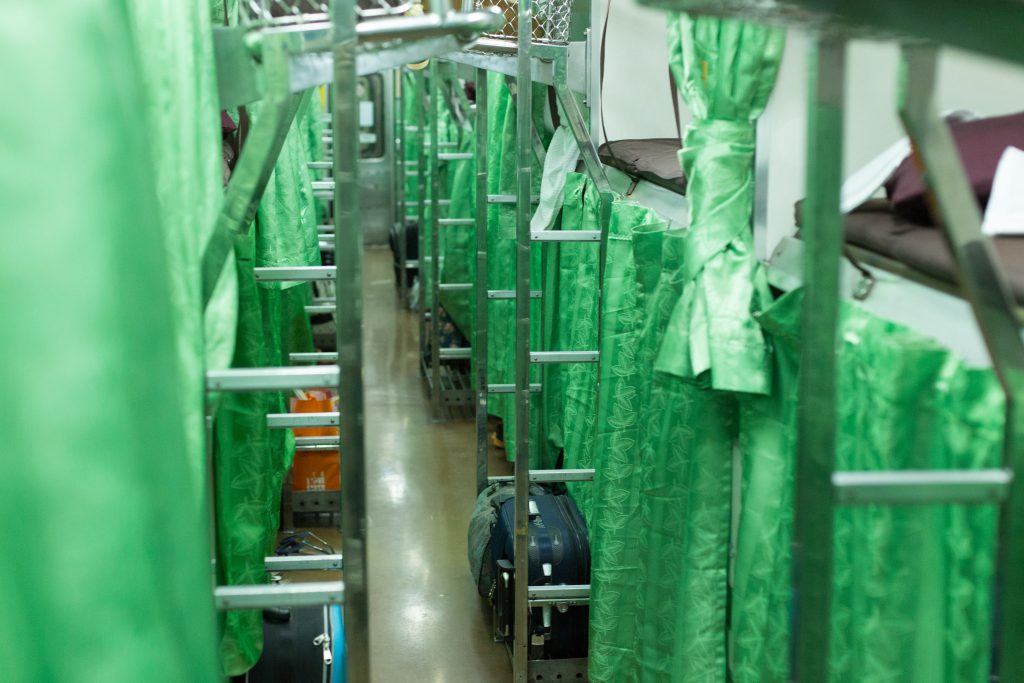 The second part is the State Railway of Thailand (SRT) line from Nong Khai to Bangkok. The line was opened in 1958 and is about 621km long and has about 100 stations. The night train ride takes more than 12 hours, even if he passes maybe 99 of them.  The train runs up to 100km/h average speed on the most of the time single-tracked line which feels even faster because of the narrow-gauge.

And there is another Thai railway to write about from first hand. Not because it runs with spectacular speed or its rather modern. Actually it is Thailands slowest railway with average speed of 30km/h and there are no signals all along the tracks. 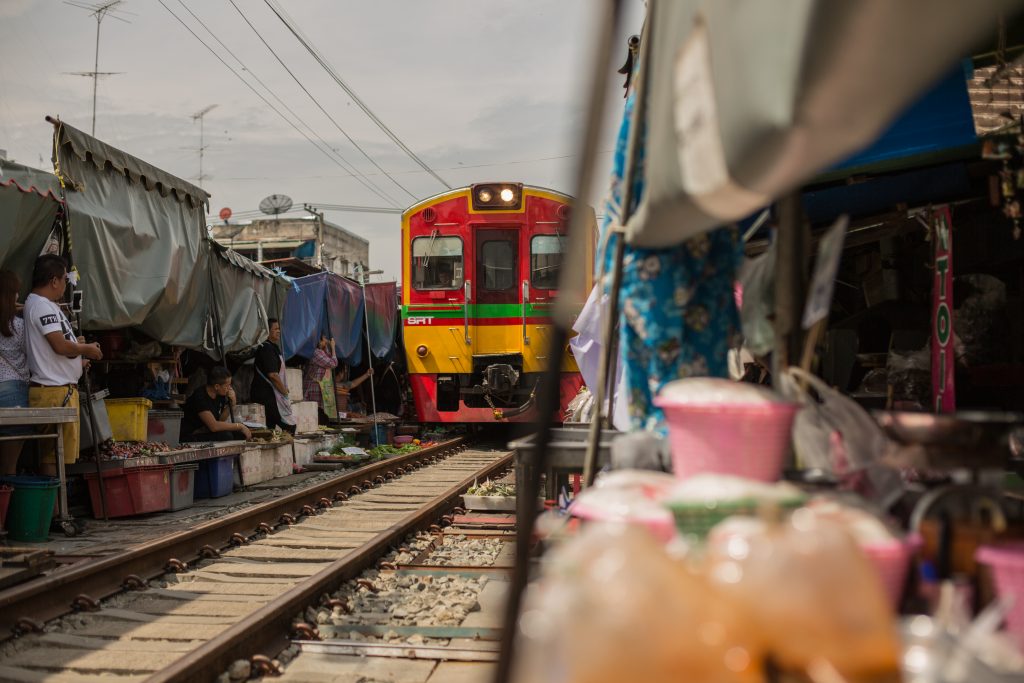 But there is something else! Who ever came up with the idea to unite one of Thailands largest fish markets and this railway tracks he must be also the one who build the Pyramids and came up with the idea of Polar Lights. Whenever a train approaches, the awnings and shop fronts are moved back from the rails, to be replaced once the train has passed. Thats why the market is called the “umbrella pulldown market” (Talat Rom Hup).