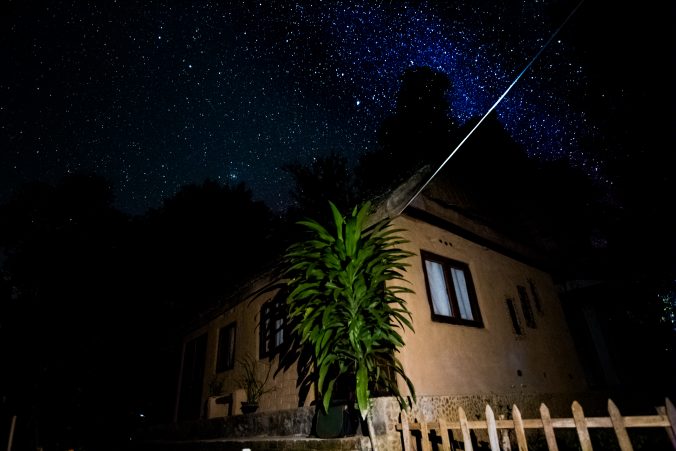 You may remember the words of our opening post or the post about our work at the Nong Khuay Eco Bungalow. 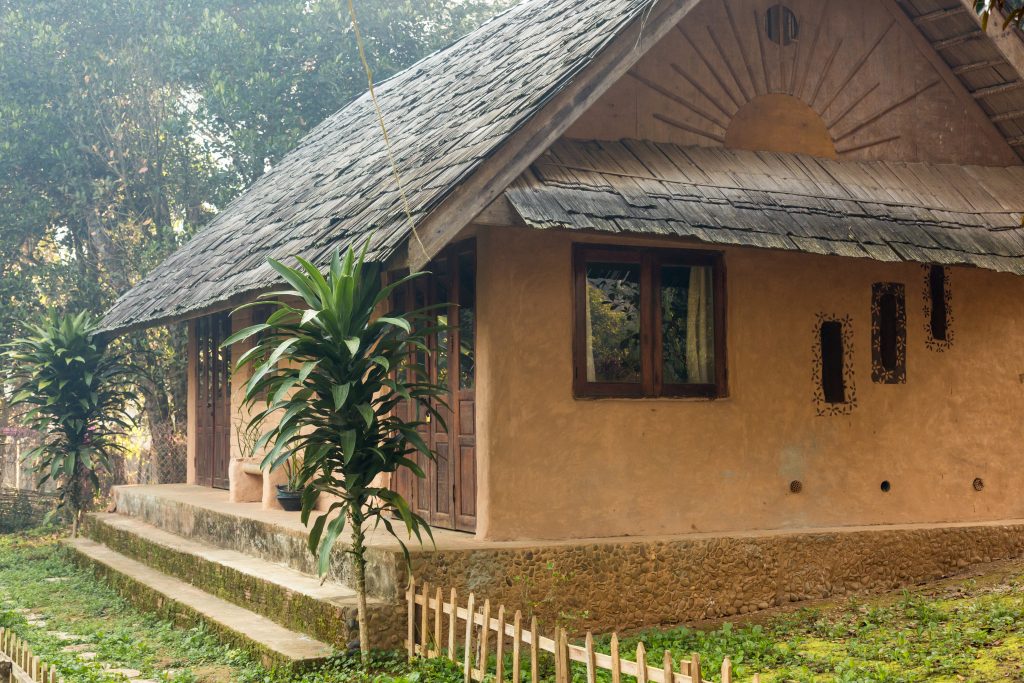 Let me introduce you into the idea behind Fair Trek first.

“Fair Trek is a community-based tourism initiative that works with local communities to create authentic travel experiences that leave a positive impact. We bridge the gap between local and tourist to help residents benefit directly from tourism and to share the real Laos with visitors.”As they introduce themselves on their website (click!).

So, how does that bridging work as a matter of fact? Here is a report of our experiences: 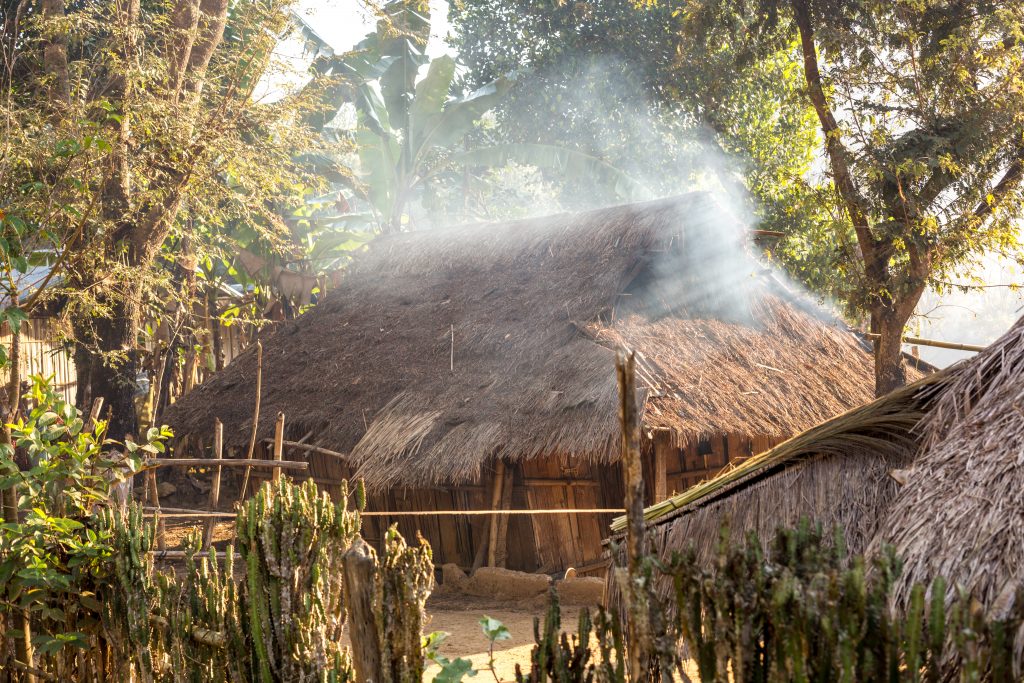 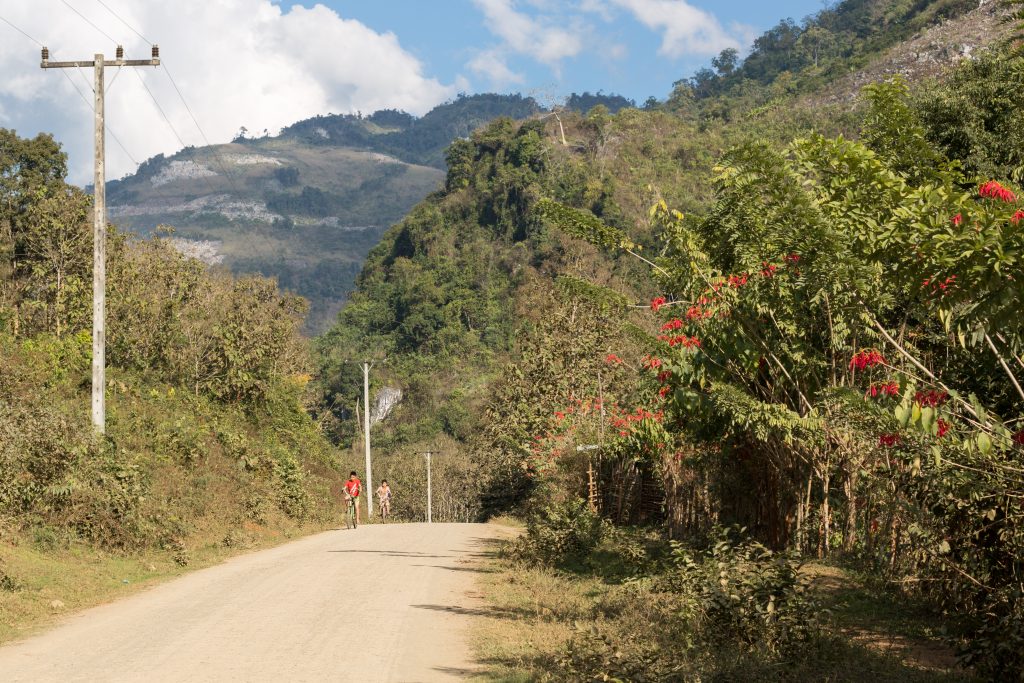 the road from Luang Prabang to Ban Long Lao Mai

It is devided in two parts and inhabited by ethnic groups of Lao and Hmong. It seems that – viewed from the street –  the first part is the older one and occupied from the Lao ethnic group, while the second is of the Hmong. Houses in the first part are mostly built with stone, in the second part, wood is the dominant building material – here, too, most of the pictures were made, which we present here. 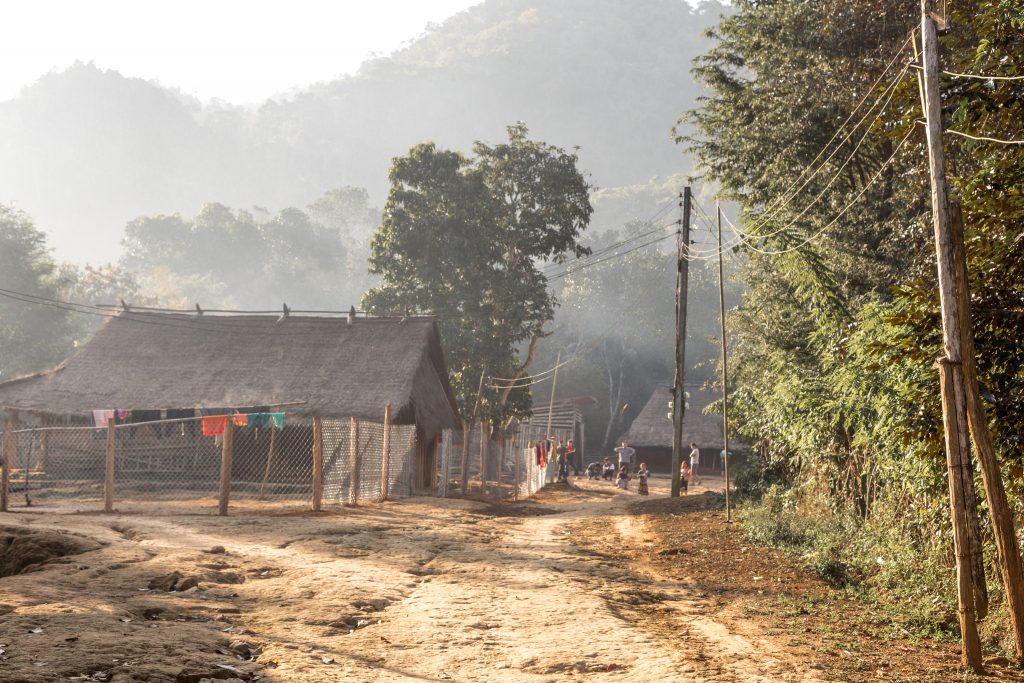 the village in the morning light

Between this two parts, there is a field and a school. Since it is the villages only school, it is obvious that children of both groups share classes. School is only in the morning and during the brakes it produces noise that sounds like an outdoor pool. 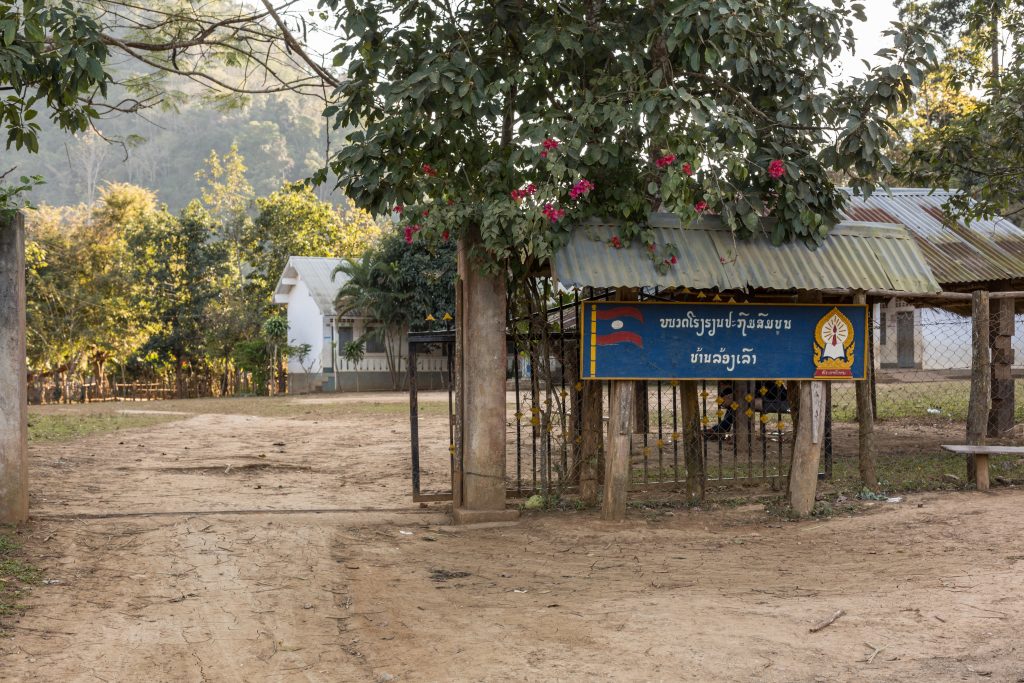 In the Hmong part of the village is no reliable water supply, so the bungalow marks an exception with its own watertank that is refilled from time to time for the customer to have running water in the bathroom. That enables to have a private shower while the rest of the village meets at one of a few wells for refreshing themselves. 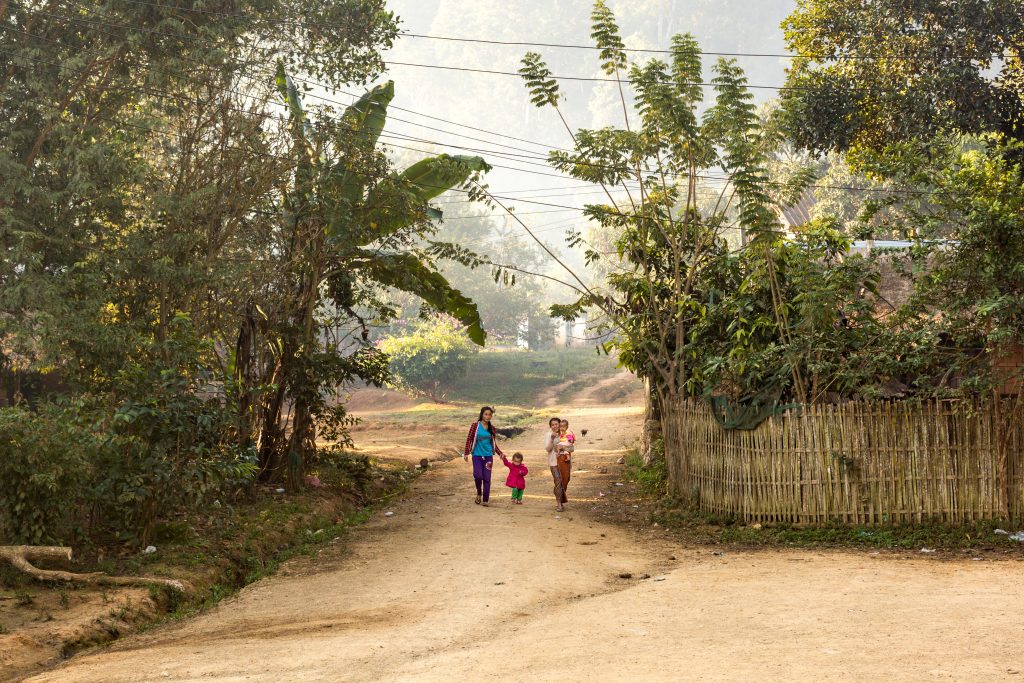 Of course there is no internet up there, but most of the families own a TV to watch for example some kind of scripted-reality-TV, like our hosts – a really nice and dedicated family – did. Some of the Hmong villagers also used some kind of candybar phones, popular in this occasion was to use a song from the german composer Schubert – “die Forelle” – as ringtone , which was very unexpected for us. 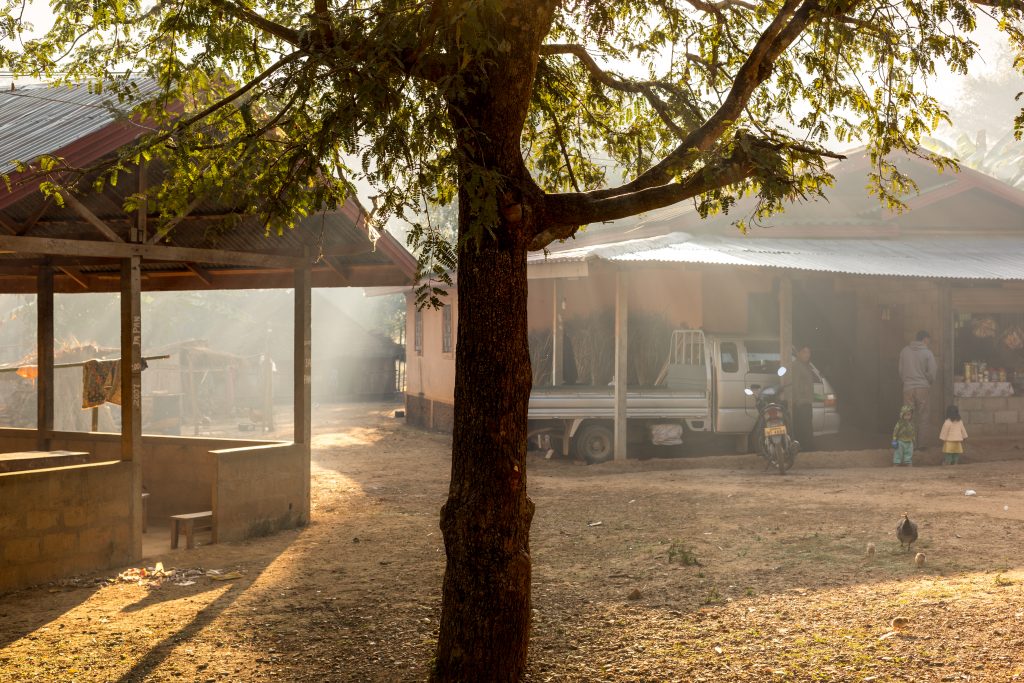 a shop in the morning light

There are some street shops, like they are common everywhere around here, some families even sell small handicrafts. Along the noon, there are some hiking groups on their way to the Kuang Si waterfalls or visiting the village, but not to many. More dominant than tourists is the impact of animals on the village: grunting geese and pigs, fighting dogs and screaming roosters. 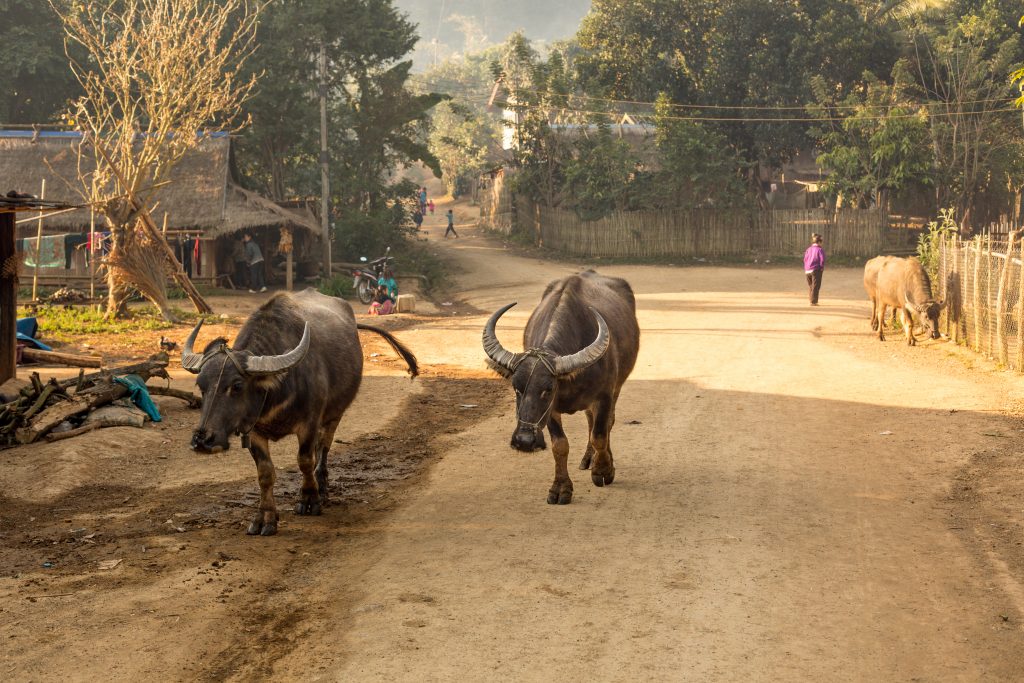 water buffalos in the village

We checked in for the Ban Long Lao Mai Eco Bungalow on Airbnb for two nights. As agreed, we were picked up in the early morning and had an about one hour ride down in the hinterlands of Luang Prabang.

Once you arrive in the village, the inhabitants take over the supply. So after discussing the most important things with them, we had almost the whole day left to reconnoiter the ground and village. We used this time to do our report for the Fair Trek team with the emphasis on the condition of the bungalow. In between we had lunch and dinner. Upsettingly we had no water in the bathroom the whole day, but after changing a few words (in lao) with our host family they brought us two up to the edge filled buckets from the well. 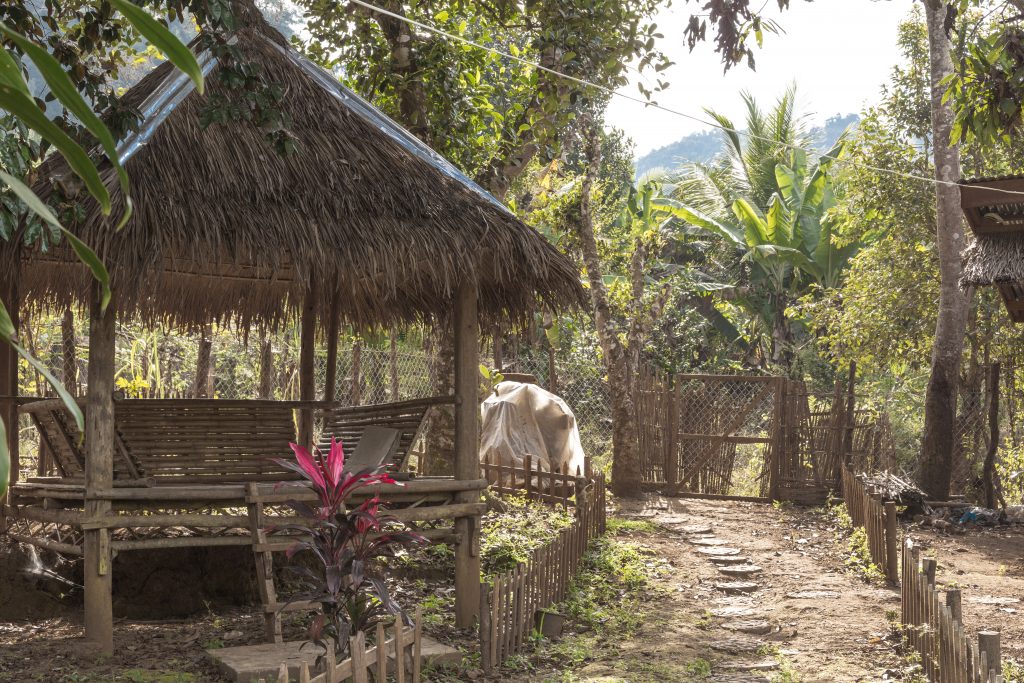 reading corner at the bungalow garden

Next day we had water, food was still good and tasty – sometimes slightly too much egg, but still good. We continued the work on our report at the relaxing reading corner from the bungalow and did a little walk along the fields and woods around the village. In the evening we got neighbours in the second room. After breakfast next day, we were picked up and taken back to Luang Prabang again. 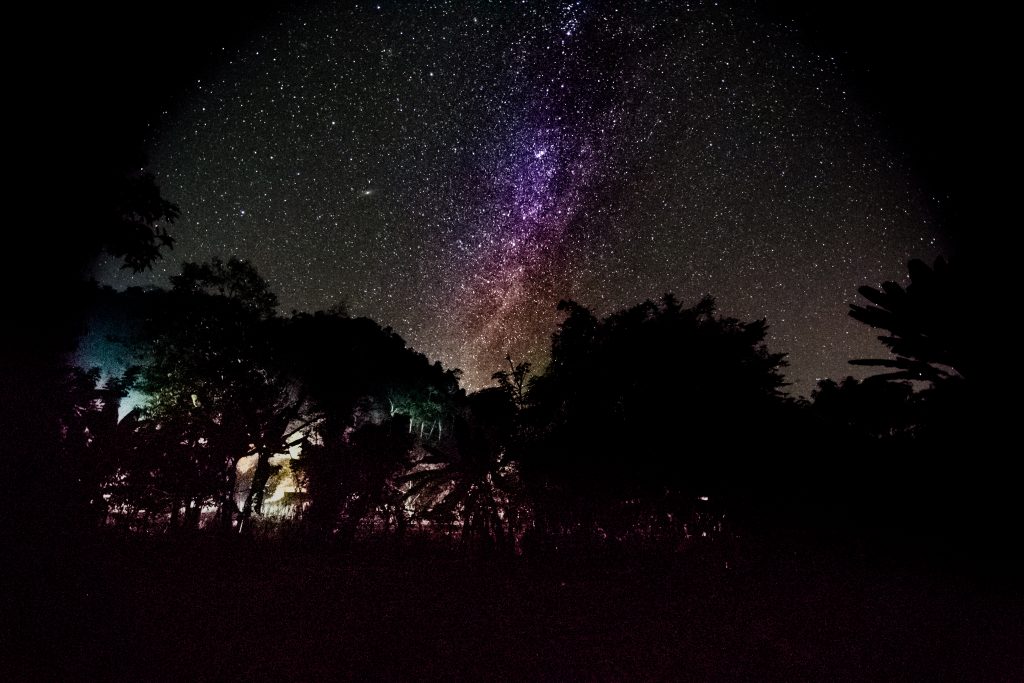 We both agree that this project offers a unique opportunity to get to know the country and the culture. Due to the fact that the village takes over the supply on site the project is alive and further developments remain exciting. We really appreciate having had this opportunity, thanks to the guys from Fair Trek. To go to the bungalow and live there, but to pursue an order at the same time brought us the project even closer and made a great experience.