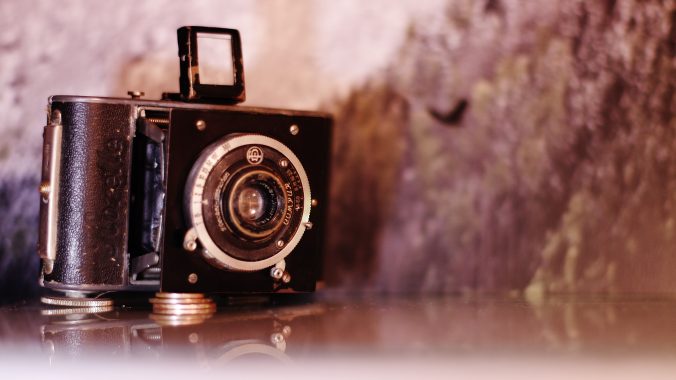 On the road with the Korelle 3×4

This camera is around 85 years old, made it through the time of flight in WW2 and was heavily used as toy camera – now, finally, I used it with film again.

The Korelle 3×4 is a strut-folding camera with a compact metal body and leatherette covering, made in about 1931 by Kochmann of Dresden. With its size of about 12 × 7.5 × 4cm, made possible by using 127 film, it fits even in some pockets, but at least in your hands.
Once you press the unfolding button, the front of the camera is self-erecting on its struts aswell as the viewfinder frames, which are Newton finders.
My model has a Vidar 1:4,5/50mm lense and a compur shutter.

But now let’s move to the results: I used one of the rare 127 films of Ilfords HP5

another rather useful one

I can’t remember where the shapes are coming from

a bit blurred but you can still guess the subject

You can tell that even a heavily used camera in rather bad condition still performes pretty well if you treat it right – but in particular it is a lot of fun for sure!
I can encourage all of you to try out roof found or heirloom cameras; if you don’t expect to shoot the New York Times cover shot, you’ll earn a lot of fun!