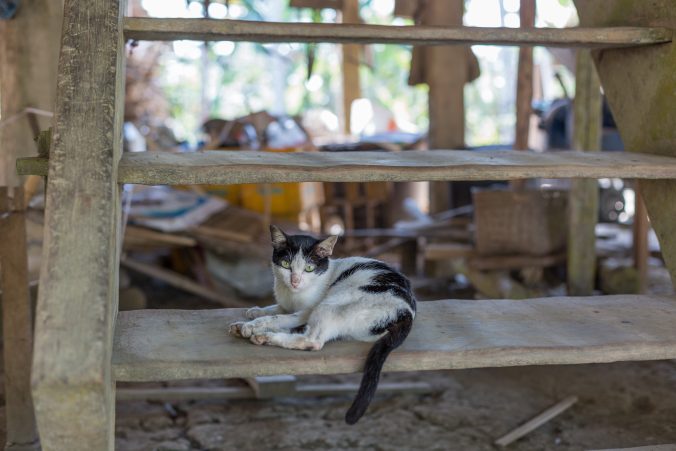 Today, we left Luang Prabang for another trip, this time to northern Laos and Vietnam. We will visit a lot of towns and villages, do boat tours, ride another night train and end in Hanoi, Vietnam’s capital. 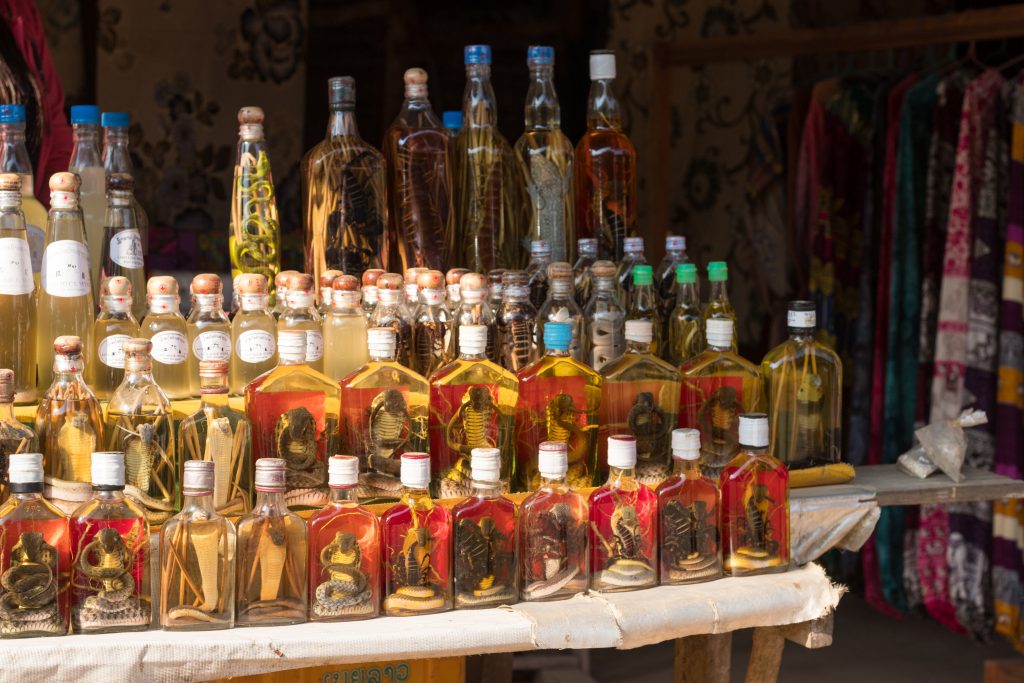 From Luang Prabang we drove further north until reaching a village popular for its Lao whiskey and rice wine. While the light or dark and a bit opaque wine is bottled normally, the red whiskey has something special. Like you can see in the photo, they add poisonous animals inside too, such as scorpions or snakes. We tried a shot of two different rice wines and a Lao whiskey…delicious! Definitely something we should consider as souvenir for our families and friends. And since they sell their products on the Night Market in Luang Prabang too, it’s easy to get too. 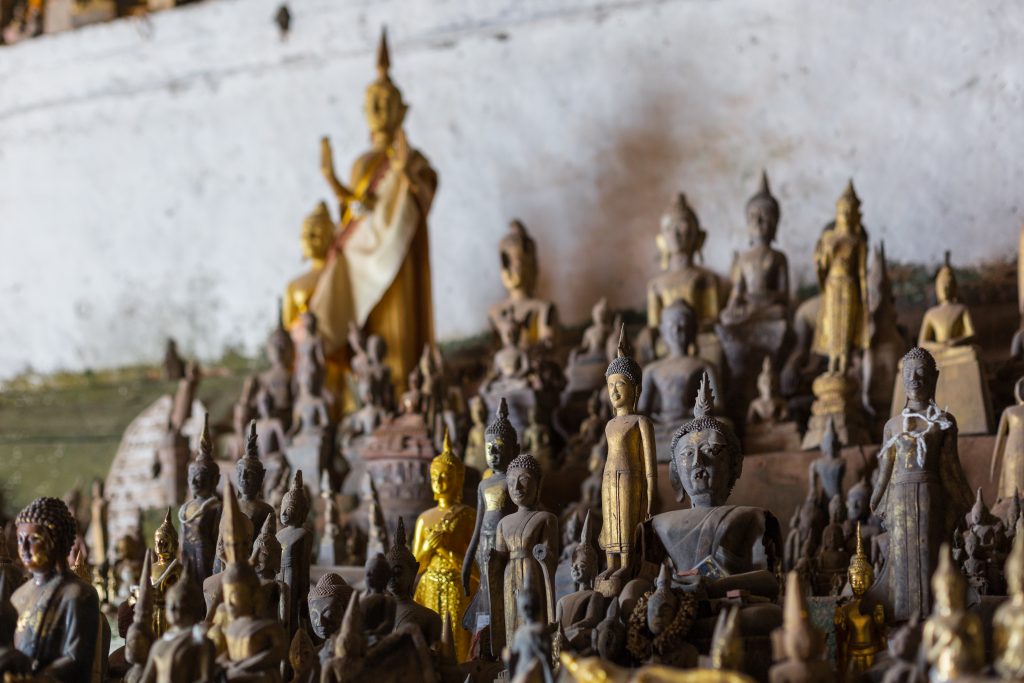 can you count all the buddhas?

The next station was a cave in a limestone hill called the Buddhist cave or Pak Ou cave. The history of that cave goes back until Laos has still been a kingdom. One day, the king traveled to the cave and placed a Buddha statue in there. Many people after him made it become a tradition to put a statue in the cave, pray and express their wishes, filling up the cave with hundreds of Buddha’s. The different poses of the figures stand for different wishes, such as peace, rain, or relaxation. Several years later, after many statues have been stolen or damaged, the UNESCO declared it as a World Heritage to be able to protect it against thieves. Today, it’s more a tourist attraction than a locals meeting point but still reminding and worth to see. 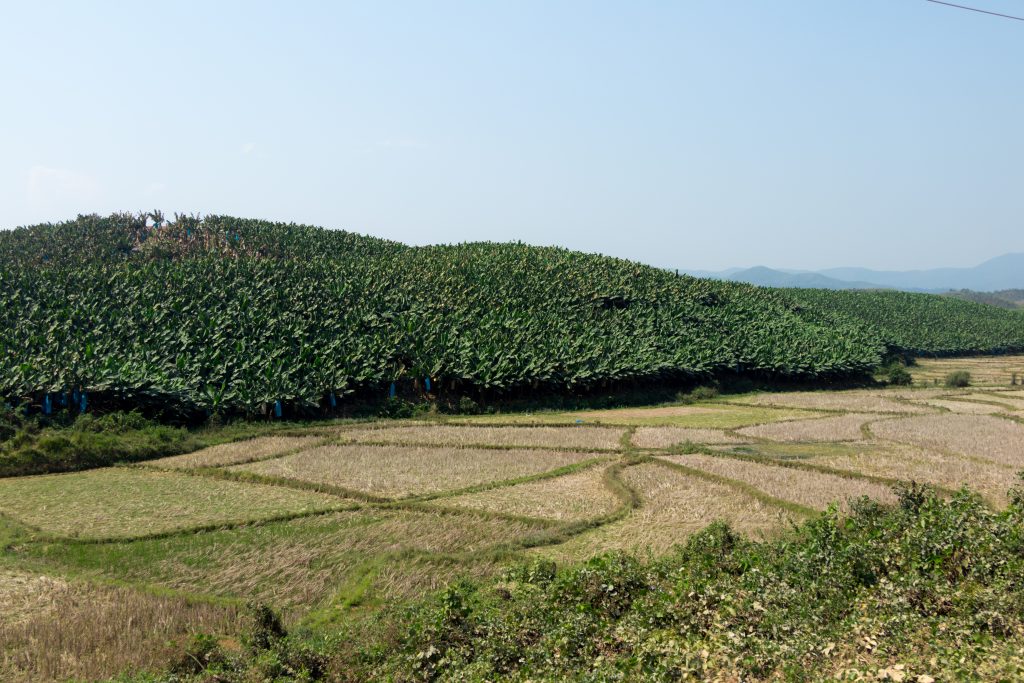 After eating lunch, we drove towards another village, passing some huge banana plantations. Our guide told us that those are owned and run by Chinese. They grow their bananas there, using a lot of chemicals, and export them back to China. Sadly, those chemicals are quite harmful to the environment and the government of Laos now needs to find solutions to reduce the pollution of the soil. 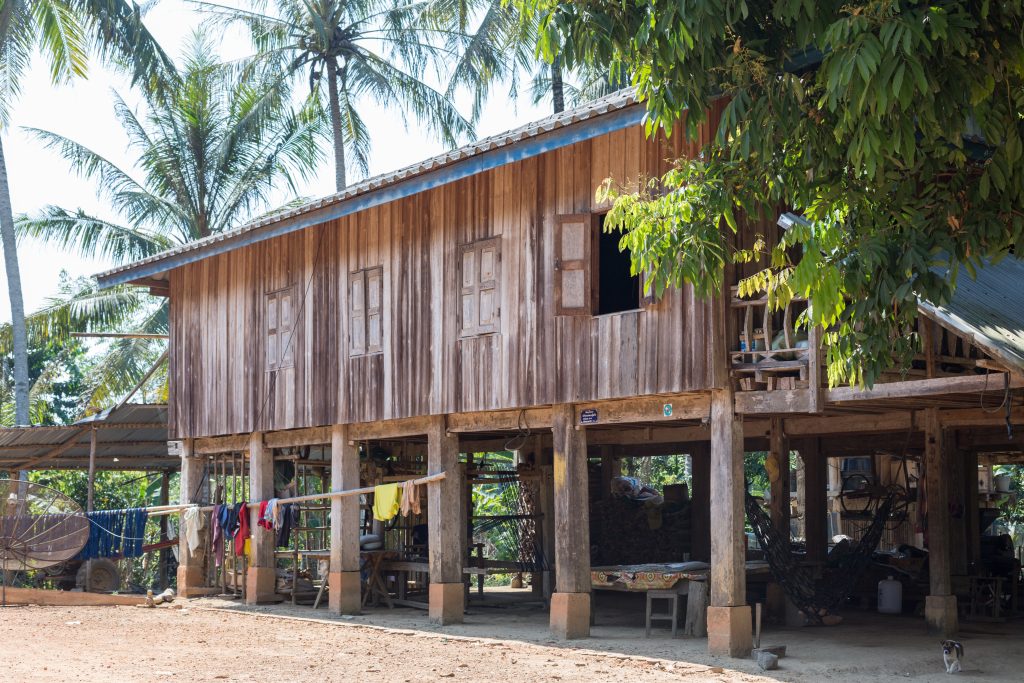 The Ban Na Nyang village we visited then is known for its tobacco planting and cotton weaving people. The inhabitants belong to the Tai Lue ethnic group, one of the minorities in Laos. They originally came from the Chinese province of Yunnan and migrated to Laos during the 18th century. What’s very interesting is their way of building houses: they are built on stilts and out of wood and bamboo, and the just plug them together. No nails or strings are used. A very simple but intelligent way of building houses easily. 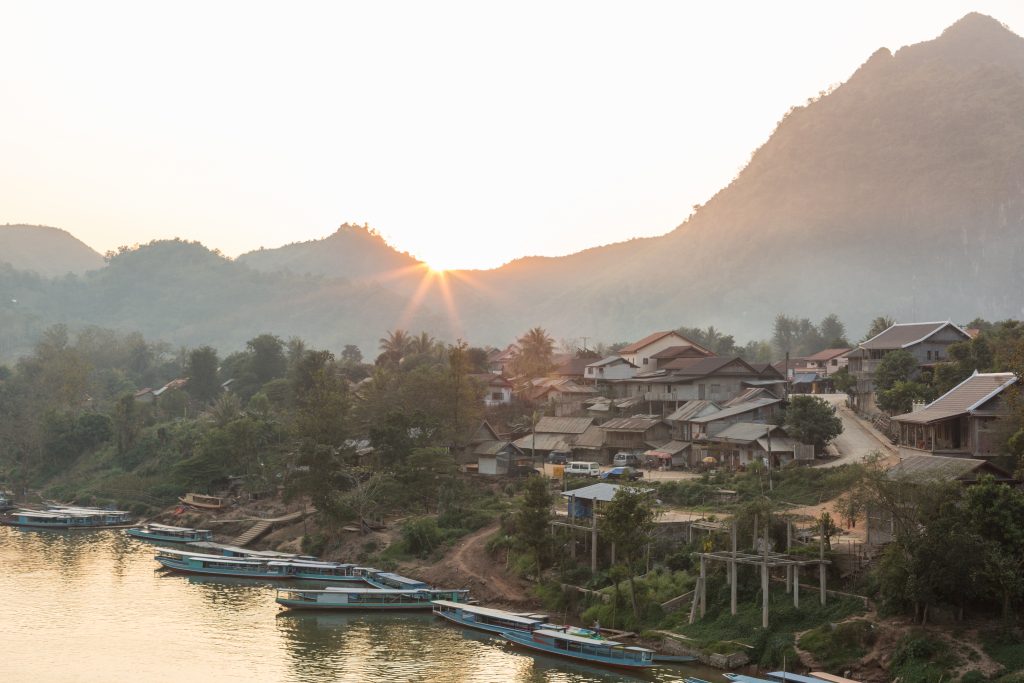 After the village we drove straight to Nong Khiaw, a town located on the Nam Ou River. The town is quite small and touristy, but at least not as party-like as Vang Vieng had been. We then went to our guesthouse and relaxed a bit…

Enjoy looking through our pictures and stay tuned!