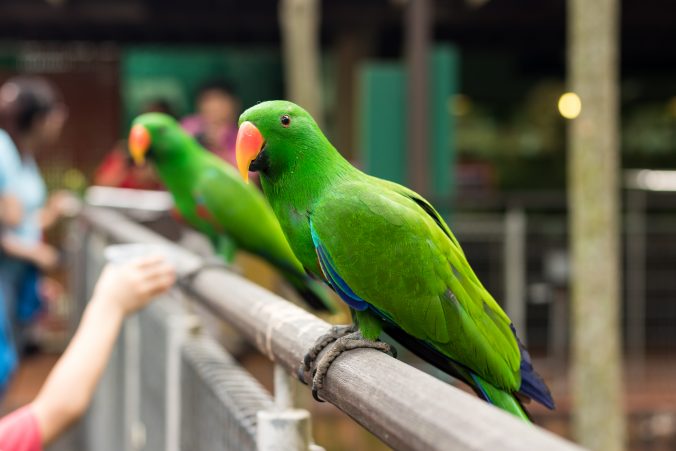 Our second day brought a wide variety of impressions, from nature to city life.

Opened in 1971 and renewed in 2006, the Jurong Bird Park is a popular tourist spot. You can find its variety of birds in Jurong Hill in western Singapore.

The park features birds from Asia and Africa as well as penguins. Most of them can be seen in zoo-like cages, although some of them are free too. Furthermore, visitors can feed a selection of birds in one giant cage or visit one of several bird shows offered. 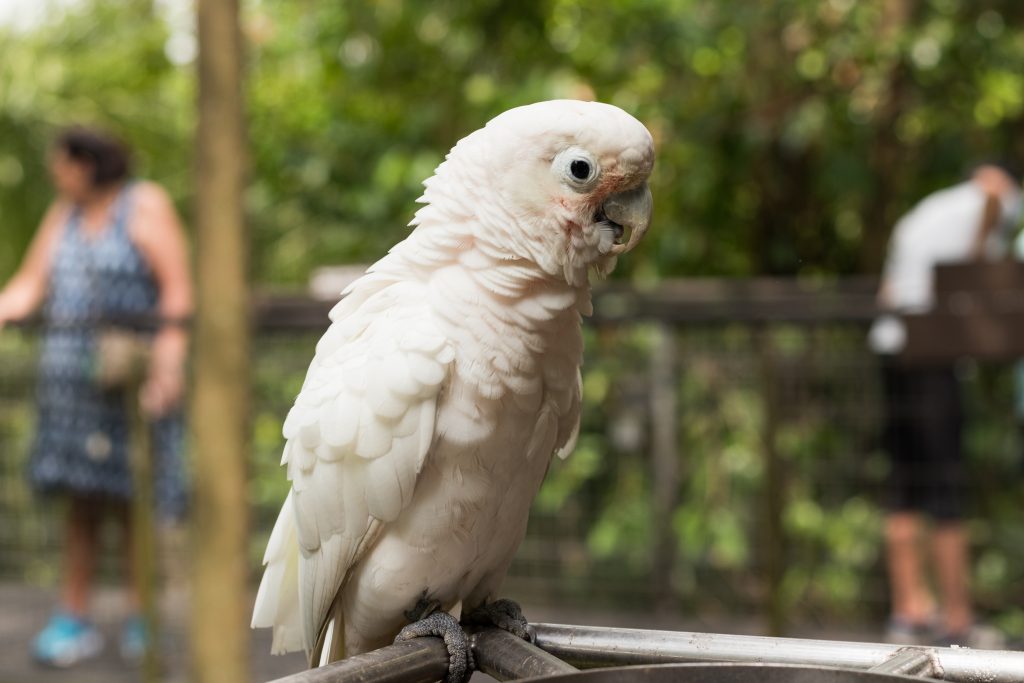 We decided to walk along the circular route through the park, skipping the shows and concentrating on the birds. Sadly, the park is more focused on entertaining and watching birds, less on providing information about them. Still, the birds are impressive and we enjoyed taking pictures and watching those beautiful creatures in their too small cages. All in all, its been nice to see, but for us probably a bit too childish.

Wildlife Reserves Singapore, who runs the park, decided to move and rebuild it. Let’s see, hopefully they take the chance to improve some things… 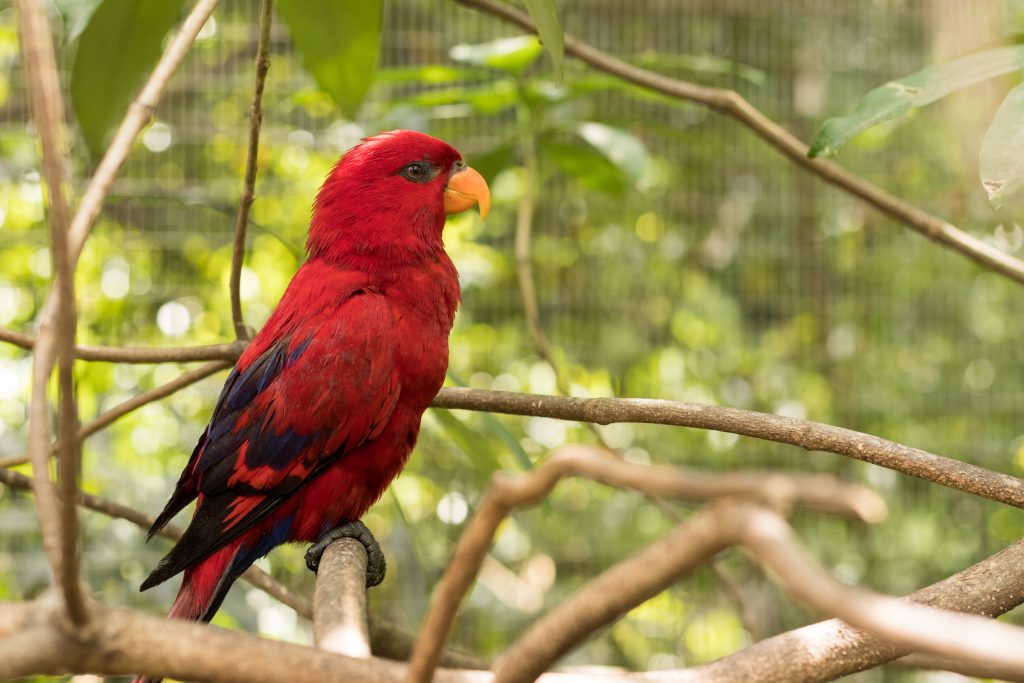 After lunch, we went on, going from a zoo to an art gallery. A rather high contrast, isn’t it?

The National Gallery Singapore contains two national monuments: the former Supreme Court and the City Hall. It’s combination of historic architecture and modern styled interior is my personal highlight in this building. Unfortunately, I’ve been too impressed to remember taking photos…

We first decided to visit an exhibition called “Artists and Empires”. It consisted of around 200 art pieces concerning the British Empire and the colonialization, especially in South East Asia. Split in three different parts, you can see art produced for the British Empire from a contemporary perspective as well as paintings created by the people in the colonies. Personally, I liked the critical handling of the topic and the variety of art reaching from the 16th century to modern paintings and sculptures. If you are interested in art and history plan to visit Singapore before the 26th March, I can definitely recommend checking it out.

As I said further up, the gallery is partly build into the former Supreme Court building. That explains, why one of the exhibitions in the gallery deals with the history of Singapore. We saw 23 rare original documents capturing key moments in Singapore’s way to independence. Very interesting for someone who interested in legal histories.

Further information on the exhibitions and the gallery can be found here. 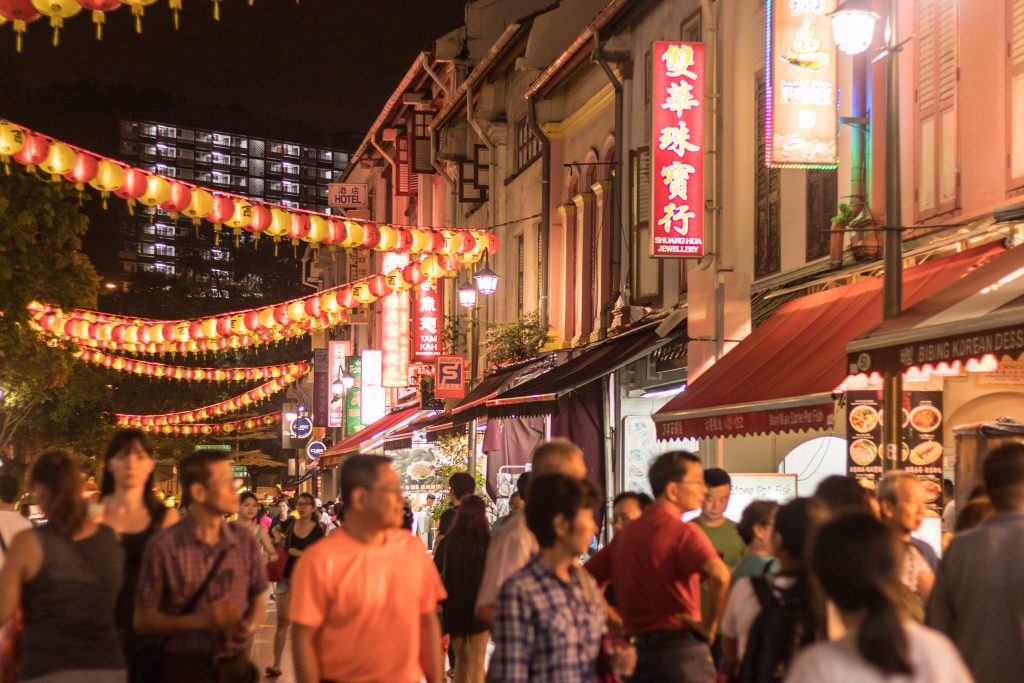 Only a few days ago, on the 28th January, Chinese all over the world celebrated the new year. Since 74% of Singapore’s inhabitants belong to the Chinese ethnic group, the year of the rooster is celebrated there too. Especially in Chinatown, the Chinese quarter of the city, everything was prepared a few weeks earlier already, as you can see in the photos.

Chinatowns always have an interesting impression on me. I’ve seen them all over the globe, in Singapore as well as in San Francisco. They all had in common that feeling of having an authentic little China inside the often quite different surrounding city. Not only do many Chinese who live outside of their home country stay in these areas. Additionally, they seem to continue their lifestyle as similar as possible. That makes Chinatowns to places with plenty of Chinese restaurants, buildings, temples, markets and sometimes even cars. 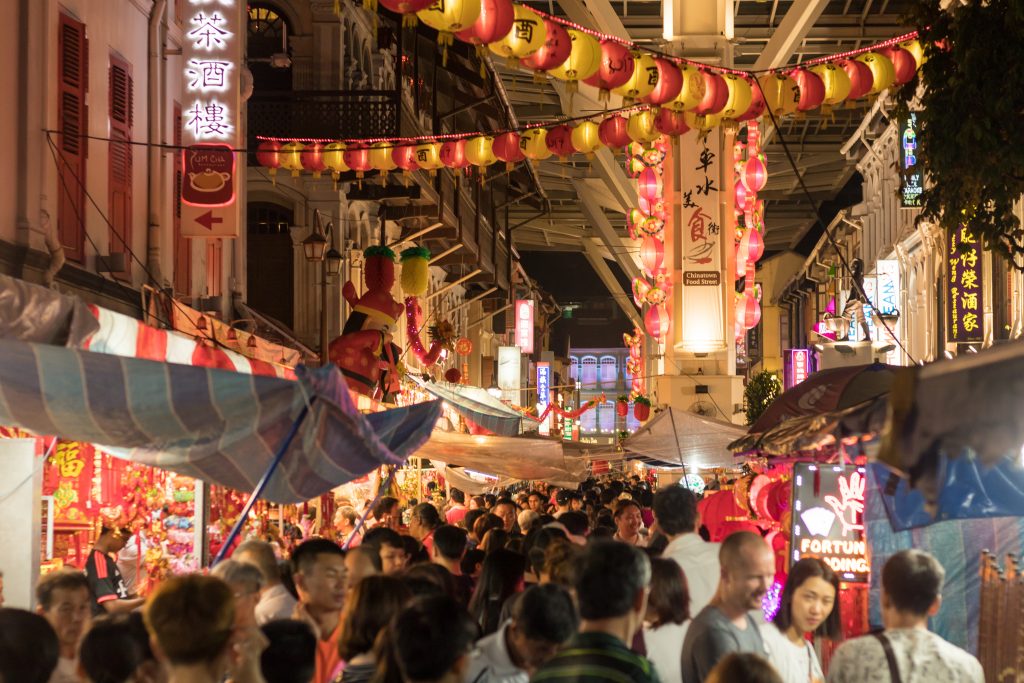 Singapore’s Chinatown makes no exception. Even if the surrounding city is home for many Chinese too, there’s still a huge difference in architecture and lifestyle. Walking through the markets and eating dinner in this vital district was great and is definitely a must-do if you visit any city including a Chinatown.